On February 24th at Giureconsulti Palace in Milan the winners of the fourth edition of Artistar Jewels have been announced. Artistar Jewels is the contest aimed at the spread of the contemporary jewels culture which ended on February 26th. The Artistar Jewels 2017’s winners are the Russian designer Evgeniia Balashova, the Italian artist Emanuele Leonardi and the Icelandic designer Anna Maria Pitt.

Emanuele Leonardi, one of the most voted from the general public and winner of the previous edition of Artistar, in this edition he persuaded the expert jury too with his neckpiece made of bronze, wood and leather, Valutazione del Rischio, that shows the man’s will of catching the desired object which can, sometimes, “break” if all the risks haven’t been well evaluated. With ArtisticaLmente, Leonardi, art mentor born and raised in Rome, has been continuing for about 2 year the concept of the narrative jewel-sculpture. Anna Maria Pitt has been awarded for her Backbone piece made of silver and inspired by the spinal bones of the wild reindeers. The designer, born in Iceland, moved in the United Kingdom where she graduated with the highest score at the New Bucks University. She creates jewels using the technique of the cold connection creating geometric pieces inspired by nature. Awarded the Russian designer Evgeniia Balashova too. Graduated in Scotland at the School of art in Glasgow, she presented for Artistar the creation Buffer Bangle, which is a combination of flowing organic shapes and a strict geometric frame. This juxtaposition of opposites shows organized chaos – typical environment of an office space. The organic elements of the piece are created from computer keyboard hinges which were recycled and cast in Sterling Silver. Evgeniia Balashova, selected by Guido Solari, also won the free participation to the Professional Goldsmithing course, offered by the Scuola Orafa Ambrosiana, Via Savona, 20.

A special mention went to the Chrysaora Alba piece, to the fashion and textile designer born in the Czech Republic and based in Berlin, Alena Willroth, designer and creator of handcrafted jewels made of soft filigree in polyethylene. Her works are also rip resistant and created with a technique that makes it possible to create very light ornaments, with high visual impact and rarely reproducible.

Finally, the Egyptian artist Reem Jano has been selected by the founder and jury member Giovanni De Liguoro to collaborate in the personalization of one piece of the maison that will go into production.

142 are the international designers from more than 30 countries who participated with over 350 creations in this fourth edition, most of them never seen before. For the first time the event took place in the prestigious Giureconsulti Palace in Milan during the February Fashion Week with the patronage of Comune di Milano. At the event there was also the young Italian stylist Erasmo Fiorentino who dressed the model Camilla Poggi with one of his dress, adorned with a jewel created exclusively for the event by De Liguoro brand. The dress inspired by the goddess Minerva descended to earth to separate the good from the bad, the perfect combination of sinuous shapes like the parure made by maison De Liguoro.

The jury who selected and awarded the best artists from a technique, sperimentation, originality and research point of views was represented by Elisabetta Barracchia – Editor of Vogue Accessory and Creative Director of the Fashion Department of Vanity Fair – Maristella Campi – fashion journalist – Bianca Cappello – historian and critic of jewelry – Gianni De Liguoro – founder and stylis of the De Liguoro brand and also protagonist of a special exhibition in a special area – Guido Solari – founder and owner of the Scuola orafa Ambrosiana of Milan via Savona, 20 – Liza Urla – one of the top jewelry blogger and founder of GEMOLOGUE.

Gillo Dorfles for San Lorenzo, GianCarlo Montebello and Philip Sajet’s creations have been hosted for the whole duration of the exhibition.

All the works have been published on the Artistar Jeweks 2017 volume. The introductive texts have been written by Eugenia Gadaleta, contemporary jewelry expert and Marketing & Communication Manager of Artistar and Selene Oliva – Fashion and jewel’s freelance journalist. Edited by the publishing house Logo Fausto Lupetti and available nationally and internationally: sold in all the Italian libraries, in all the major European capitals and shipped to more than 5000 experts of the sector.

A small selection of the works will be hosted by prestigious galleries: Spazio Espositivo Adiacenze of Amerigo Mariotti and Daniela Tozzi in Bologna 1-15 June, Creativity Oggetti of Susanna Maffini in Torino 11-31 May and the Concept Store Tiberius in Vienna in September. All of the creations are also purchasable until next week on the e-commerce artistarjewels.com “We are very happy of the event’s success – said Enzo Carbone, founder of Artistar – the positive feedback from the designers who came to Milan for this event, from abroad too, and the enthusiasm of the guests and visitors made us really proud. We are already thinking about the next edition, determined to work hard to give the audience a great event, always of high level”. Artistar Jewels is the event founded in 2012 by the designer Enzo Carbone and it’s now a landmark for the contemporary jewelry sector. It serves as an international showcase for famous artists and as a springboard for the emerging designers. The participants shows their works, unique pieces or small series, selected for the high artistic value, for the technical sperimentation and the stylistic research. Highly evocative body ornaments, very different for the materials and the techniques but linked by the fil rouge of the narration of a story, always present in each creation. Artistar Jewels is a project born with the aim of spreading the culture of contemporary jewelry and designed to anticipate the market trends, one of the first italian realities which has exploited all the potentiality of the web to implement the commercialization of contemporary jewelry.

PIECES SELECTED FOR THE TOURING EXHIBITION:

Algares di Alba Gallizia_MORGANA, Alina Simion_Dark shades of silence, Ana Hagopian_Feathers (Plumas), Arianna Celentano _SECULAR TIME, ArteFatto_Punti di vista, Aurum by Gudbjörg_TUTTU, B_Dodi design_NEFERTITI NECKLACE, Chevalley Cedric_ups8 bracelet, Fior di Loto_Contact, Harriet Morris_Gridlock Shadow Choker , IngranArt by Simona Della Bella_Contrasto, IngranArt by Simona Della Bella_REWIND, Jenny Lawlor_Galaxy, Ji Young Kim_Lull of Breeze, Manuale Jewelry_VENUSTA NECKALCE, MetalTorks_Maayan Yablochnik_Gold-Silver star necklace, midzo_untitled bracelet, Orietta Sacchi-Quezzo Design_Marie Antoinette (anello), Orietta Sacchi-Quezzo Design_Nefertiti , Paola Oregioni_Chronos, Parme Marin_Hedgehog II, Simona Girelli_NODES, Snem Yildirim_Seven Hills, Snem Yildirim_Three in One, UGUALIMAI di Cristiana Del Bello_Ossimori , VetroGioielli di Sara Talso Morandotti_Glass&Rubber, Willroth, Alena_Blue Foraminifera II , Ying Chen_Fortress Besieged, Ying Chen_Memory of Vacation. ARTISTAR JEWELS PROFILE:
Artistar Jewels is the annual event promoting the contemporary jewel. It serves as an international showcase for famous artists and as a springboard for the emerging designers. Artistar Jewels was founded in 2012 in Milan by the designer Enzo Carbone. By the years the event developed and now it has more than 100 designers participating to each edition. Artistar group, made of artists, architects, journalists and communication professionals, aims at being a benchmark in the contemporary jewelry scenario by promoting designers and artists both in Italy and in the rest of the world through several initiatives. The shop on line www.artistarjewels.com is a virtual window by which easily and simultaneously communicate your creativity and sell your creations. Who visits the website can admire the exhibited jewels, learn the project philosophy behind them and get in touch with the artists. This reality also periodically spreads news about contests, free workshops, events and commercial partnerships. All the participants to the contest are included in the famous volume published by Logo Fausto Lupetti Editore; a book distributed both in Italy and in the European capitals. Artistar Jewels is a large-scale projects directed aimed at showing the pluralism of the contemporary jewel in all it endless variety. Artistar Jewels enhance the contemporary culture of the jewel, able to convey, in each edition, an heritage of beauty and knowledge that leaves the mark. 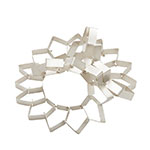 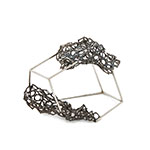 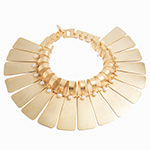