Artistar Jewels 2015
Preziosa magazine and Artistar.it give a prize to innovation, quality and beauty

Artistar.it in partnership with Preziosa Magazine presents 'Artistar Contest 2015', a special initiative intended to choose and give a prize to the best creations that will participate at Artistar Jewels 2015.

The 2nd edition of Artistar Jewels 2015 consists of three initiatives intended to spread the contemporary jewels on international scale through publishing, web and organization of exhibitions/fairs.

The book 'Artistar Jewels 2015 arte da indossare', which contains creations of italian and international designers and artist goldsmiths, will be distributed in all the bookstores of Italy and in the major european cities.

The online shop www.artistarjewels.com will include all the artists who will take part in the catalogue, allowing the sale of their masterpieces all over the world.

'Artistar Jewels Exhibition' is a fair which will take place from Dec. 17th-21st 2014 at Maimeri Space in Milan. During this event there will be a contest and a prize-giving ceremony, where three participants will be declared winners of one of these categories: artist goldsmith, designer goldsmith and craftsman goldsmith who does testings.These three areas allow to define the context in which jewellery designers help to understand the peculiarity and the qualities of each production.

The artist goldsmith represents the meeting point between art and goldwork. He/She is the witness and interpreter of his/her time, and uses artistic concepts and languages realizing objects of high level and of great technical perfection. All the 'revolutions' start from him/her, and they will influence the present culture.

The designer produces small series of jewels using techniques of digital or mechanical productions. He/She is a creative who works into specific parameters, in order to contain the costs of the final product. The final projects have a 'remarkable' style, which have a strong communicative impact.

The craftsman goldsmith is used to make directly his/her own pieces. In this wide and complex category many researchers can be included, for they come closer to the figure of the artist and the designer. The heritage of the past meets the contramporary culture and the customs of each area, creating objects of high level of quality and values.

A jury of experts - composed of Preziosa Magazine's Director Giovanni Micera, Artistar's founder Enzo Carbone, designer Carla Riccoboni, artist goldsmith Luigi Mariani and artist designer Barbara Uderzo- will give prize to the winner of each category, who will award the free participation into Artistar Jewels' next edition (2016) and a special article on Preziosa Magazine (on January).

is a magazine for the market of jewelry and clockmaking, an authoritative point of reference for all the operators of this area. It is a diligent and up-to-date guide, which deals not only with companies and leading products, but even with trends and suggestions that will become guidelines for the refined accessories. 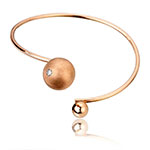 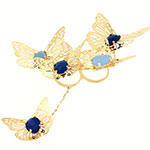 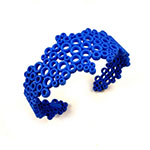